Member of Parliament for Newark

Robert was elected to serve as Member of Parliament for Newark on June 5th, 2014.

Robert believes politicians can contribute most if they have experience of the world beyond politics. He’s had a successful career in business, latterly as International Managing Director of the global art business, Christie’s. Robert is married with two young daughters, Marina and Sophia. He grew up and lived in rural parts of Shropshire and Herefordshire. He attended his local state primary school and Wolverhampton Grammar School.

Robert gained a 1st Class degree in History from Cambridge University. He was a Thouron Fellow at the University of Pennsylvania before studying law and qualifying as a Solicitor. Robert practiced commercial law at the international firms, Skadden Arps and Sullivan & Cromwell in the City of London.

Growing up in a small business family, manufacturing fires and fireplaces in the Midlands, Robert’s primary interest has been in building and supporting businesses large and small. Robert’s business career has been in the arts and creative industries, latterly as a senior executive and International Managing Director at Christie’s. He was the youngest Director of Christie’s when appointed at 28 was the youngest member of the global executive team.

Robert is committed to serving Newark, Bingham, Southwell, Tuxford and the surrounding villages to the best of his ability. He’s interested in the economy, jobs and attracting investment to Nottinghamshire, improving the quality of state education and healthcare provision, rail and road infrastructure and protecting the character, heritage and sense of place of Newark and the Nottinghamshire countryside. 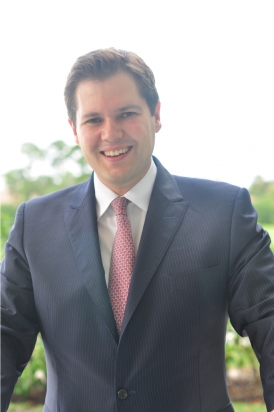